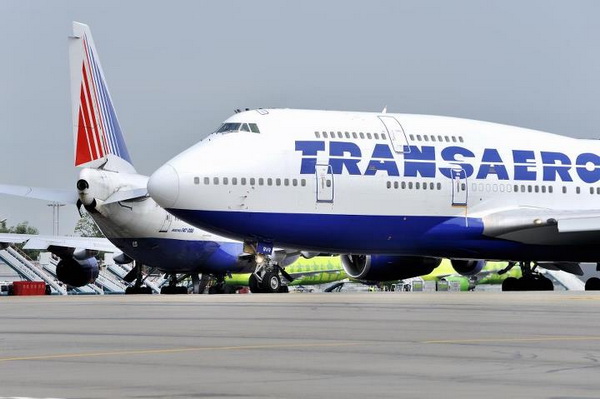 In May of this year, one of the major airlines, "Transaero", has expanded its fleet with four more aviasudov - Boeing 777-300, Boeing 747-400 and two Boeing 737-700 NG. Popular with travelers long-haul flights, the new generation of ships are equipped with the latest technical innovations.

For example, on an airplane Boeing 777-300 installed equipment to provide in-flight high-speed broadband Internet access via Wi-Fi technology. After obtaining the necessary certificates to use the system to connect to the Internet via satellite, the service will be accessible to passengers. In addition to the internet, a ship offers passengers a system manufactured amusement Lumexis. Boeing 777-300 has a four-year arrangement: Imperial first class, business class, economy class and tourist class. The total capacity of the aircraft - 373 seats. The aircraft will serve domestic and international flights on routes with high demand in the premium class.

Boeing 747-400 has a capacity of 522 seats. They are located in the business class and economy class salons. These aircraft will fly on tourist routes to high demand, including the countries of Southeast Asia, the Caribbean and Europe.

Boeing 737-700NG aircraft have two salons - business and economy classes. Their total capacity - 121 chair. They will be used throughout the short- and medium-haul route network "Transaero".